Please note that the Barn Talks are spoken in Dutch and does not count for the certificates.

Disinformation is becoming an increasing risk for our society. We are flooded by images and information, but how do you know what to believe and what not to believe? Facts are questioned anno 2022 and the bringers of facts are increasingly threatened. A gap is likely to emerge between science and society. Can we still prevent this happening? 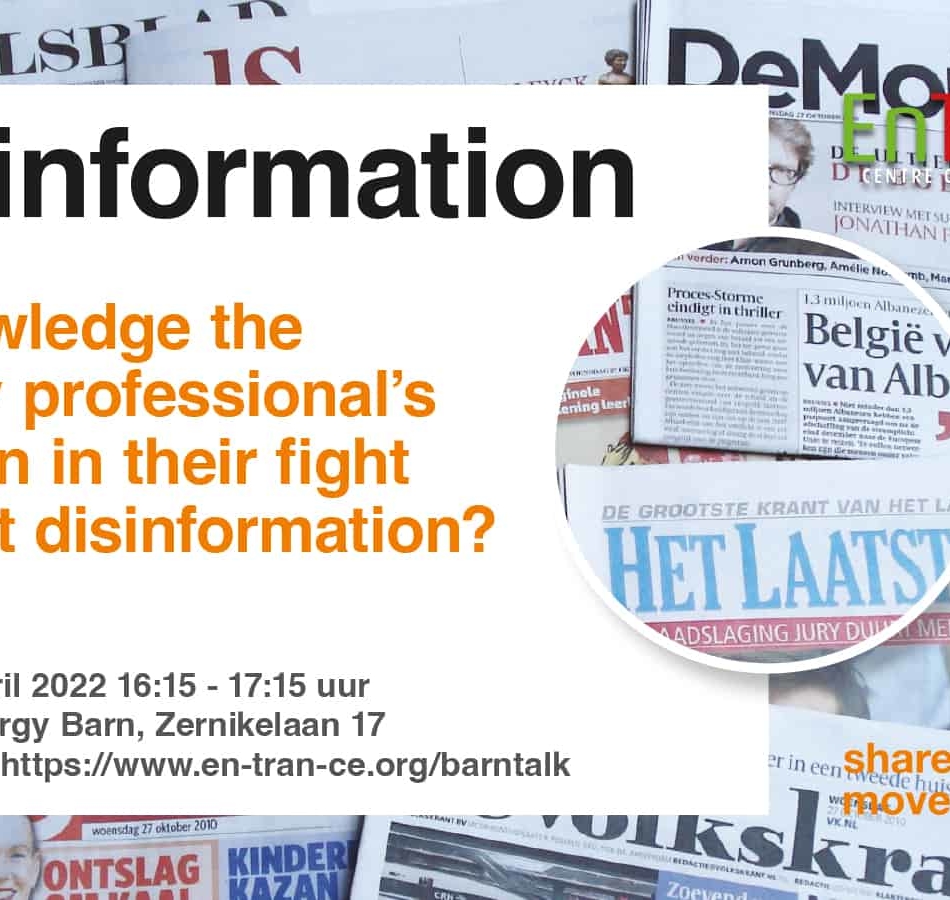 Fake news, incorrect messages and hoaxes have existed for hundreds of years, but their spread has been lightning fast since the rise of social media. Inaccurate information that is deliberately aimed at causing harm is being spread at a rapid pace. A well-known example of disinformation in the energy sector is Shell’s campaign in the ‘90s, through which the company casts doubt and confusion on the findings of climate scientists describing the dangers of global warming. The campaign was intended to prevent government intervention in polluting energy extraction. This while Shell knew about the serious (climate) consequences of using fossil fuels as early as 1986. And also now, in the Ukraine crisis, we have to be careful to distinguish real news from fake news. There is a high tension between real and dishonest intentions to influence us as individuals, but also as a society.

Marcel Broersma, Professor of Media & Journalism Studies at the University of Groningen, will kick off the Barn Talk with a short introduction to the topic. After which a panel of researchers, journalists, students and educators discuss several statements. The panel of the upcoming Barn Talk consists of:

Marcel Koenis, Director of Business Development at EnTranCe – Centre of Expertise Energy, is moderator of the panel discussion.